Ryk Brown is the Self-published author of the The Frontiers Saga SCI-FI series.

Born in 1960 and raised on an overdose of television, NASA, and science fiction. Ryk lives in northern California with his wife and daughter. Ryk spent his entire life "thinking stuff up", the advent of digital publishing has finally given him an excuse to write it all down and share it with others.

Over my lifetime I have written a few things. Several short stories, a comedy sketch for a junior high school production, and several not too horrible screenplays. (All of which still occupy space in my mother’s filing cabinet.) About 16 years ago, while working as a paramedic at a really slow ambulance station, (in beautiful Big Sur) I even wrote a science fiction novel with the help of a close friend, just to see if I could. It was well received by family and friends alike, all claiming they couldn’t put it down. I thanked them for their kind words and for taking the time to read it, and then put it away figuring they were just being polite. At the time, I had no desire to try and become a writer as it was just something that I did on occasion for fun. Besides, I was having too much fun being a paramedic.

Jump ahead to 2011. I had been out of the paramedic gig for nearly a decade, and I was running a computer repair shop that I had opened 6 years prior. The failing economy was killing my business and I had been forced to close my shop and move the operation to my home in the desperate hope of squeezing enough revenue out of my business to keep a roof over my family’s head. I was up to my eyeballs in debt and I was facing the prospect of having to try and find a regular job in the worst market since the great depression. I was even borrowing money from my 80 year old mother (a retired school teacher) to squeak by each month.

In April of 2011, my mom upgraded her original kindle and passed her old one down to me. The idea was that my daughter, voracious reader that she was, might want to use it. Luckily, my daughter wanted nothing to do with it, claiming digital books were not real books. Not wanting to let the cool little device go to waste, I decided to give it a try. I quickly lost myself in a myriad of self-published authors. Some of it was crap. Actually, a lot of it was crap, but over time, I learned how to sample the pile and uncover the gems, of which there were plenty. I was fascinated that so many unknown authors were not only publishing their works to Kindle, but they were making a good living doing so. After reading how story after story about how these authors found freedom and success through self-publishing, I found myself inspired. For years I too had been toying with the idea of creating a science fiction universe in which to spin exciting tales. I had even started developing a computer game based on some of my ideas. I found myself filled with new hope, but there was still one problem… I needed money.

I dusted off my 16 year old novel and began editing, but after the first pass I realized that it was not the story I wanted to tell. I wanted to build an entire universe. I wanted to tell an ongoing story. I wanted to tell the story that I had been thinking about for the past few years, and I wanted to explore the boundaries of my imagination… but I also needed to make a little money on the side to help pay the bills.

So I set off to create my own series based on the concepts that had danced around inside my mind for much of my life. I spent a month outlining the first episode, and then another agonizing month writing and rewriting the first chapter. It seemed that I could not figure out the ‘how’ of proper writing. Everywhere I looked on the internet offered a different answer. Finally, my wife told me to just write in a way that felt best to me, and to stop worrying about how everyone else said it should be done. Her logic was that by just being myself it would be much easier to do it again and again. (Assuming, of course, that anyone liked it.) For once, I listened to her.

It took me another month to write the first draft of Episode 1, “Aurora: CV-01.” I then spent another month pouring over it again and again, forcing my poor sister to do the same. Finally, she told me “enough, publish it already!” So on December 19th, 2011, my mother’s 81st birthday, the first episode of The Frontiers Saga went up for sale on Amazon’s Kindle store. I immediately enrolled it in their new Select program and gave it away for free for three days starting on Christmas day, reaching a modest 600 downloads during the promotion. Then I immediately set to work on the next episode, bypassing all the marketing and social networking that everybody seemed to recommend. (Except for a modest little Facebook page) . Over the next six weeks I sold a few hundred copies, which made me ecstatic. I was starting to believe that if I could put out three or four more episodes by the end of the year, I might stand a chance of earning enough to pay my rent each month. It was almost impossible for me to believe, as I had expected it to take several years to reach that level, if ever.

Six weeks later, on February 4th, 2012, I published episode 2, “The Rings of Haven.” Suddenly, I went from selling 8 – 10 copies per day to selling 20 – 30. As I continued to pound away on episode 3, the reviews began to show up and the number of sales per day climbed, and in February of 2012 I sold over 3,000 books. I couldn’t believe it. I was flabbergasted to say the least. Even more amazing was that due to the two month delay to pay out royalties, I was still borrowing money from my mother to pay the rent! (And I was still fixing computers during the day.)

On March 21st I published the third episode, “The Legend of Corinair,” and it also exploded. In March I sold another 9,000 books. My mailing list had already grown to over 1,500 subscribers and the reviews were pouring in. I could not believe how much people liked my stories. After all, my style was simple at best. My ideas were not terribly original, and neither were my characters. I had no idea what I was doing right, so I just kept on doing it.

In April, two wonderful things happened. I sold over 18,000 books and I got my first big royalty check from Amazon. The first thing I did was to hire a proofreader to help me clean up the first three episodes. (Okay, it was the second thing I did. The first one was to take my family, especially my mother, out to dinner.)

On July 4th, I released episode 4, “Freedom’s Dawn.” On its first day it sold 750 copies and topped Amazon’s Hot New Release list. That month I had my second highest monthly sales at over 16,000 books across 4 titles. I continued writing non-stop, releasing episode 5, “Rise of the Corinari” to similar success in October. I also hired a wonderful company to take over the cover art and to create a website.

After months of experimentation, shopping for good editors and proofreaders, and developing a good working relationship with a great friend who kindly serves as my science and military advisor, I have finally created a production schedule that allows me to publish a new episode of my saga every 10 weeks, while maintaining an acceptable level of quality. Each new release pushes everything further up Amazon’s charts, thanks to my readers who loyally rush to respond to the call of my publication emails. (Without all of you, none of this would be happening!)

I write this as I approach my two year anniversary of self-publishing. (My mom’s 83rd birthday.) To date I have sold a quarter million copies across 9 titles, worldwide. I have had offers from publishers, (which I turned down) interest from Hollywood, (we’ll see how that goes) and my new agent has found a foreign publisher who wants to translate my stories into another language. (More on that later after the ink dries.) I am still shocked and amazed that people like my stories, and I feel so tremendously honored that you are all willing to give me your attention for hours on end, trusting in me to keep you entertained.

As long as there is someone willing to read my stories, I will continue to explore the worlds and the characters of the Frontiers Saga. 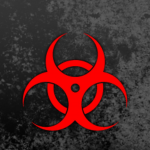